Is neon underglow legal in Colorado?

Colorado law does not restrict additional aftermarket vehicle lighting which would include neon underglow. Therefore it’s our conclusion that in Colorado neon underglow is not illegal, as long as you follow these restrictions:

We highly recommend completely avoiding blue and red colors on any aftermarket lights including underbody glow, as these colors are typically used for emergency vehicles.

Though not expressly forbidden, we also suggest avoiding any kind of flashing, rotating or oscillating street glow systems. Such lights may be considered a distraction to other drivers and fall under different regulations.

There are no relevant CO laws which specifically restrict or prohibit installing car underglow, meaning we consider it legal to use it while driving.

(2) Every authorized emergency vehicle, except those used as undercover vehicles by governmental agencies, shall […] be capable of displaying a flashing, oscillating, or rotating red light to the front and to the rear having sufficient intensity to be visible at five hundred feet in normal sunlight. In addition to the required red light, flashing, oscillating, or rotating signal lights may be used which emit blue, white, or blue in combination with white.

(3) A police vehicle, when used as an authorized emergency vehicle, may but need not be equipped with the red lights specified in this section.

(4) Any authorized emergency vehicle, including those authorized by section 42-4-222, may be equipped with green flashing lights […] Any other use of a green light by a vehicle shall constitute a violation of this section.

This means that green lamp color is specifically forbidden for use on vehicles. Violation of this code is a serious offense classified as a class A traffic infraction.

(4) Any motor vehicle may be equipped with not more than two side cowl or fender lamps which shall emit an amber or white light without glare.

(5) Any motor vehicle may be equipped with not more than one runningboard courtesy lamp on each side thereof, which shall emit a white or amber light without glare.

(1) A person shall not be in actual physical control of a vehicle, except an authorized emergency vehicle as defined in section 42-1-102 (6), that the person knows contains a lamp or device that is designed to display, or that is capable of displaying if affixed or attached to the vehicle, a red or blue light visible directly in front of the center of the vehicle.

There are exceptions for peace officers, volunteer fire department vehicles, ambulance services, and more. A violation of this section is a class 1 misdemeanor. 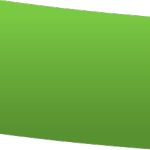 Have questions about traffic or neon glow laws in Colorado?