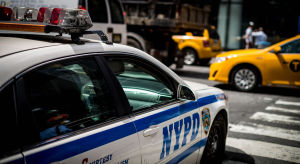 Based on state underglow or vehicle lighting laws we have three different conclusions or categorization we use throughout our website: Legal, Not Illegal, and Illegal.

Although laws for every state follow essentially the same pattern, there are significant differences and no two states have the the same legislation. Even apparently slight differences in certain provisions can make a large impact when it comes to our categorization.

This article will explain our thought process and help you understand how we determine and interpret the laws.

We use the term “Legal” when state law specifically allows neon underglow or similar after-market vehicle lighting installed. States like California, Montana and Kansas have provisions in their statutes which allow the installation and usage of underbody lights on vehicles.

Only other state where car underglow is completely legal (based on our categorization) is Ohio, which is a good example to note: state laws do not mention underglow in any way, yet based on this Ohio State Patrol website determined underglow is legal.

State of Arkansas allows only two white lights to be mounted on the front of the vehicle, thus we still consider it legal to use and install underglow based on this.

We use “Not Illegal” category on states where laws do not mention street glow. Most states fall under this category, where this aftermarket vehicle lighting is not prohibited by law, therefore our conclusion is that underglow is legal to use even while driving.

Simply because undercarriage lights aren’t mentioned in laws does not necessarily mean they’re illegal, so unless additional vehicle lights are completely prohibited we consider street glow legal unless specified otherwise. We didn’t just pull this conclusion out of a hat though — Ohio above is a good example of how neon lights are legal despite no mention of them in laws.

Another example of a “grey area” where we consider street glow as “not illegal” is Oregon. The law includes penalties for having non-standard vehicle lighting, but if you’re reading the law carefully this only applies to vehicle lighting described in the statutes. Since there is no mention of undercarriage lighting or other kinds of additional vehicle lighting systems in the Vehicle Code nor are those kinds of lighting systems specifically restricted from use, technically these aftermarket lights do not fall under the same general restrictions.

Furthermore there are many states (Delaware, Georgia, etc.) where the law specifically mentions any additional after-market vehicle lighting is allowed unless otherwise in violation of the laws. As such as long as you avoid using disallowed colors and other restrictions there is no reason why underglow would be illegal.

Read our conclusions for your state carefully though; some states permit using underglow while parked on private property but not while the vehicle is in motion. In cases where underbody lighting is prohibited while driving, we categorized it as not legal.

States like Massachusetts and Maine completely prohibit the use of undercarriage lights on cars, and we marked those states as Illegal or Not Legal. Several states prohibit use of underglow while the vehicle is on public roads, while some completely banned the installation of these lights even if you never intend to turn them on while driving.

As an example, in Massachusetts you may not even install car underglow. State laws are slightly less rigorous in Maine, where you may install neon glow but only legally use it for shows or on private property, and never on public roads.

Other states where underglow is illegal include Connecticut, Illinois, Michigan, Minnesota, Pennsylvania, Virginia, and Washington.

We do certainly hope our website and categorization helps you understand lighting and underglow laws better, but you must keep in mind that you should not consider our website as professional legal advice.

While we do consider states in our “Not illegal” category as essentially legal, take into consideration that a law enforcement officer in a bad mood may still cite you for whatever reason, or at the very least have an additional reason to stop you and inspect your vehicle for other potential violations.

For this reason we recommend keeping a print-out of pertinent state laws in your car, so you can prove the legality of your car underglow before things get too far. Our Avoid These Underglow Mistakes is also a useful article you should read to learn about common misconceptions and avoid citations.

In case you get cited the fact whether underglow is legal or not may in the end be up to the judge. Any potential risks involved with using underglow are up to you.

Why is Underglow Illegal?

It's important to understand that despite many misconceptions and misinformed individuals, underglow is not illegal in all of United States. Some states like Kansas or California permit using car uRead more »

Neon vs LED Underglow - Which is Better?

Neon underglow and LED underglow are two main types you can purchase. Neon has been the go-to underglow type for a long time, but over the past few years it's slowly but steadily being replaced with LRead more »