Is neon underglow legal in Connecticut?

The state of CT requires all non-mandatory vehicle lighting equipment to be certified, and according to ct.gov no manufacturers have certified the color or intensity of their products, essentially meaning all neon underglow is considered illegal.

In case you want to install street glow for off-road use on private property, we suggest avoiding all flashing or rotating lights, as well as colors green, blue and red as these are typically used on emergency vehicles.

Based on Connecticut’s rigorous laws driving a vehicle with non-legal aftermarket lighting installed, even if those lights are turned off and not in use, may be considered illegal.

Below are relevant laws and regulations from Connecticut Code, Chapter 246: Motor Vehicles, Sections 14-83 to 14-96.

(a) Front clearance lamps, identification lamps and those marker lamps and reflectors mounted on the front or on the side near the front of a vehicle shall display or reflect an amber color. […]

Sec. 14-96p. Color of lights. Flashing or revolving lights. Authorized use of blue or green lights.

(3) A vehicle being operated by the chief executive officer of an emergency medical service organization […] may use a flashing red light or lights or flashing white head lamps and a flashing amber light.

(b) A blue light may not be illuminated upon a motor vehicle, except that a vehicle being operated by an active member of a volunteer fire department or company or an active member of an organized civil preparedness auxiliary fire company who has been authorized in writing by the chief executive officer of such department or company may use such a light, including a flashing blue light.

(c) A flashing green light may not be used upon a motor vehicle, except that a vehicle being operated by an active member of a volunteer ambulance association or company who has been authorized in writing by the chief executive officer of such association or company may use such a light while on the way to the scene of an emergency requiring his or her services.

(b) No person shall drive or move any vehicle or equipment upon any highway with any lamp or device thereon displaying a red light visible from directly in front of the center thereof. The provisions of this subsection and subsection (c) shall not apply to authorized emergency and maintenance vehicles.

Exceptions include emergency vehicles, police cars, etc. Unless authorized, use of flashing lights is considered an infraction.

Allowable colors specified in Sec. 14-96a-3 shall comply with the color definitions in the Society of Automotive Engineers (SAE) Standard J578 MAY 88 for the colors red, yellow (amber), selective yellow, white (achromatic) or white to yellow.

The luminous intensity of a lighting device in accordance with Sec. 14-96a-2 which is not required or permitted lighting shall not exceed three hundred (300) candela unless an SAE or FMVSS standard exists for the device permitting a different intensity in a specified direction.

Unless a lighting device is required or permitted by law as specified in Sec. 14- 96a-2, a lighting device used in connection with a motor vehicle shall be certified for use by the American Association of Motor Vehicle Administrators (AAMVA) in accordance with the provisions of Section 14-137 (b) of the General Statutes. 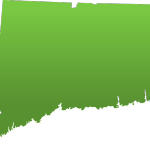 Connecticut is the southernmost U.S. state in the New England region of the northeastern United States. It is bordered by Rhode Island to the east, Massachusetts to the north, and New York to the west and the south (with which it shares a water boundary in Long Island Sound). Connecticut is named after the Connecticut River, a major U.S. river that approximately bisects the state. It is the 3rd least extensive, the 29th most populous and 4th most densely populated of the 50 United States.

Have questions about traffic or neon glow laws in Connecticut?