Is neon underglow legal in Vermont?

Vermont law does not restrict additional aftermarket vehicle lighting which would include neon underglow. Therefore it’s our conclusion that in Vermont neon underglow is not illegal, as long as you adhere to the following restrictions:

There are no relevant VT laws to completely restrict or prohibit installing underbody lighting, thus we consider it legal to use while driving. Candle power is very restrictive, so only certain low-emission LED lights may be used.

We suggest not using any underglow in Vermont while driving on public roads, but if you wish to risk it we recommend having a print-out of the law and original lights packaging in your vehicle in case you’re stopped by a police officer.

Despite not being specifically disallowed we strongly suggest never using any flashing, rotating or oscillating lights. These may be considered a distraction to other drivers and may be subject to other laws and regulations.

Below are all relevant excerpts from Vermont Vehicle Code that limit, restrict or allow certain aftermarket lights to be installed on vehicles.

A person shall not use on a vehicle of any kind operated on the highway during the period stated in section 1243 [Sec. 1243: “30 minutes after sunset to 30 minutes before sunrise”] of this title any lighting device of over four candle power equipped with a reflector, unless such device and the lens used therein, and such candle power is approved by the Commissioner of Motor Vehicles, nor unless the same shall be so designed, deflected, or arranged that a beam of reflected light therefrom, when measured 75 feet or more ahead of the lamps shall not rise more than six inches above the height of the bulb in such lamp and in no event more than 42 inches from the level surface on which the vehicle stands under all conditions of load.[…]

§ 1252. Issuance of permits for sirens or colored lamps, or both; use of amber lamps

[…] (1) Sirens or blue or blue and white signal lamps, or a combination of these, may be authorized for all law enforcement vehicles

[…] (2) Sirens and red or red and white signal lamps may be authorized for all ambulances, fire apparatus, vehicles used solely in rescue operations

According to Vermont DMV, your vehicle may not pass inspection if:

This essentially means installing neon underglow can potentially result in a failed vehicle inspection, unless all afermarket lights are under 4 candle power. 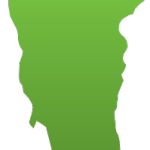 Have questions about traffic or neon glow laws in Vermont?