Is neon underglow legal in Pennsylvania?

There are no provisions in PA law which would allow undercarriage lights while driving, and the law completely prohibits using any lamps not specified in the Code.

Below are all relevant excerpts from Pennsylvania Vehicle Code that limit, restrict or allow certain aftermarket lights to be installed on vehicles.

Underglow is not specifically mentioned and not part of vehicle’s standard nor required lighting equipment. Underglow therefore falls under the “ornamental lamps” category, and as such is not legal to use in Pennsylvania. 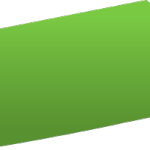 Pennsylvania, officially the Commonwealth of Pennsylvania, is a US state that is located in the Northeastern and Mid-Atlantic regions of the United States, and the Great Lakes region. The state borders Delaware to the southeast, Maryland to the south, West Virginia to the southwest, Ohio to the west, Lake Erie and Ontario, Canada to the northwest, New York to the north and New Jersey to the east. Pennsylvania is the 33rd most extensive, the 6th most populous, and the 9th most densely populated of the 50 United States. The state's four most populous cities are Philadelphia, Pittsburgh, Allentown, and Erie.

Have questions about traffic or neon glow laws in Pennsylvania?