Is neon underglow legal in Iowa?

Iowa law does not specify restrictions on additional vehicle lighting which would include neon underglow. Therefore it’s our conclusion that in Iowa neon underglow is not illegal, with the following exceptions:

We also highly recommend avoiding red and green colors on any aftermarket lights including underbody glow, as these colors are typically used on emergency vehicles.

There are no relevant IA laws which specifically restrict or prohibit installing car underglow, meaning we consider it legal to use it while driving.

Below are all relevant excerpts from Iowa Vehicle Code that limit, restrict or allow certain aftermarket lights to be installed on vehicles.

Either the rear lamp or a separate lamp shall be so constructed and placed as to illuminate with a white light the rear registration plate and render it clearly legible from a distance of fifty feet to the rear.

1.  A lighting device or reflector, when mounted on or near the front of a motor truck or trailer, except a school bus, shall not display any other color than white, yellow, or amber.

2.  No lighting device or reflector, when mounted on or near the rear of any motor truck or trailer, shall display any other color than red, except that the stop light may be red, yellow, or amber.

Due to the section 321.393 above and to stay completely within the law you may want to consider only using white and amber underglow on the front and front sides of the car, and red colored underglow in the rear sides and rear of the vehicle, respectively.

1.  No person shall drive or move any vehicle or equipment upon any highway with any lamp or device thereon displaying or reflecting a red light visible from directly in front thereof. No person shall display any color of light other than red on the rear of any vehicle, except that stop lights and directional signals may be red, yellow, or amber.

A flashing light on or in a motor vehicle is prohibited except as follows:

a.  On an authorized emergency vehicle.
b.  On a vehicle as a means of indicating a right or left turn, a mechanical failure, or an emergency stop or intent to stop.
c.  On a motor vehicle used by a rural mail carrier

Violation of Iowa Code on vehicle lighting equipment results in a traffic infraction and a fine of up to $20 for emitting a red light in front of your car, or $10 for illegal flashing, rear signal lights, or blue lights. 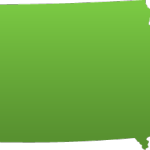 Iowa is a U.S. state located in the Midwestern United States, an area often referred to as the "American Heartland". Iowa was a part of the French colony of New France. After the Louisiana Purchase, settlers laid the foundation for an agriculture-based economy in the heart of the Corn Belt. In the latter half of the 20th century, Iowa's agricultural economy made the transition to a diversified economy of advanced manufacturing, processing, financial services, Information Technology, biotechnology, and green energy production. Iowa is the 26th most extensive in land area and the 30th most populous of the 50 United States. Its capital and largest city is Des Moines. Iowa has been listed as one of the safest states in which to live.

Have questions about traffic or neon glow laws in Iowa?